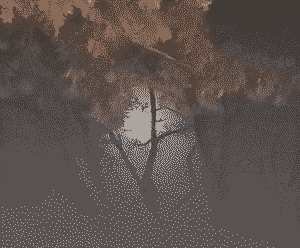 A Practical Guide to the Care & Nurturing of Moon-spirits Lost, and their Safe Return is a guidebook, spell, and single-player live-action role-playing game which will assist in a rare and precious act of care. A collaboration with Wednesday Sophia. 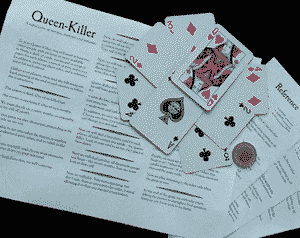 Queen-Killer is a rapid tabletop game of intrigue, betrayal, and romance for three or more players. Fight for the throne, fall in love, or get bloody revenge in just an hour of play.

Originally made as part of the 200-word rpg challenge, I polished it up into a full game a year later and published it as my first completed rpg project! Despite how simple the core premise is, I was really surprised to find out how delightful it is play.

I've been releasing a series of ambient synth music videos on youtube. They're pretty good!

An interesting consequence of modular synthesis is that it's really hard to rebuild a patch once you've messed with it. I've decided to embrace this impermanence and produce each of my videos in a single evening. No looking back – the mistakes add character.